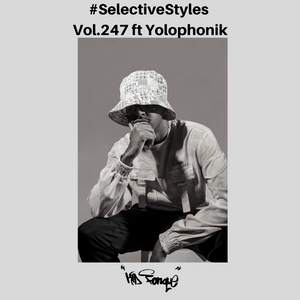 Yolophonik has been making strides in the music scene. In the past 2 months, he was featured on City Press #Trending feature and Kid Fonque’s ‘Selective Styles’ show on 5FM. His feature proved his musical prowess, showcasing his sound range with all songs from the mix coming from his own collection. In the interview, he mentions how his inspiration comes from producers like Romderful who’s genre-bending alternative sounds push the boundaries we all know in music.

Yolophonik (born Andrew Siphiwe Masondo) is an alternative R&B, trap, and house South African producer and songwriter. He has always had a passion for music from a young age and had begun consistently producing music in 2013 using FL Studio (production software). Since then, his music has seen significant growth within the SoundCloud spectrum. With that, his music has been featured in various podcasts and mixes, such as Complexion, Night Swim Radio, Chrysalism, The SoundClub Podcast, and FTL Radio. He’s also been listed as one of the Producers of the Year by Freshmen Magazine in 2019 and has released music through FTL Radio, Under Pressure Sundays, and Lunatik Records. Several of his songs have been uploaded on YouTube through Blank Screen Entertainment. His frequent collaborators are the likes of J-6ix, Roho, LLYD (pronounced Lloyd), and Scarface Panda (all upcoming, talented producers with their main catalog available on SoundCloud). He has had interviews with Hype Magazine, iQhawe Magazine, Bubblegum Club, Tshwane FM, and Rap Religion. His musical influences include Tyler, The Creator, KAYTRANADA, Timbaland, Romderful, The Neptunes, Devin Morrison, Dooushii, and D’Mile.