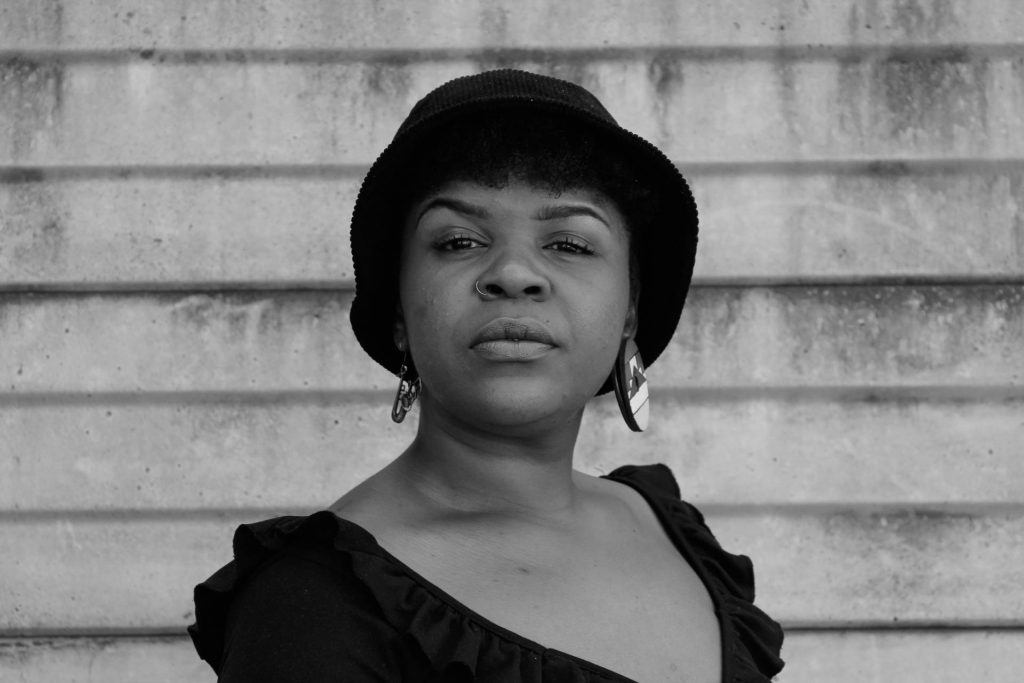 Earlier this year, New Age Artistry embarked on a journey with ubiquity(u.creativespace) to bring you an initiative that sets to uncover South Africa’s emerging talents in the music industry. The annual “Matter – Of Time” initiative consists of two phases with one being a release of the compilation “Matter Mixtape” on the 8th of March. The 2nd phase of the initiative will see all the artists who are part of the compilation Mixtape officially come together to release an album titled “Of Time” set to drop on the 4th of July. Today we’re proud to introduce to you a participant in this years’ initiative who goes by the name Rivoningo.

“Ncinini” is the 11th track on the Matter Mixtape Vol.1 by Rivoningo, a Soweto Pimville born vocalist. This soulful offering on a Tom Misch beat was recorded in 2021 specifically for the Mixtape and has recieved positive feedback ever since it’s emergence on the day of the release.

Rivoningo Bonnie Nkuna is an artist based in Pretoria East, born in Soweto Pimville ; she descends from a culture rich family , who got her vocal genes from her talented father Matsambo Nkuna , who’s been featured on projects with artists like Tebs David ; she started actively participating in the arts back in primary school, entering competitions and being actively part of school events/concerts, not only participating but in coordinating the school events.

Rivoningo is one of the founding members of the Hoerskool C.R Swart 09 School Choir and founding member of the schools first ever Music School Band. She is a Arts Entrepreneur who is looking to change and challenge the industry by always bringing innovative ways to how the arts are already perceived ; she is open minded in her way of work and allows to express herself against all odds always looking for a new venture and challenge in the arts.

She is the founder of a Afro Soul Jazz band called Music Flair founded in March 2014 which has done extremely well for itself sharing and opening stages with prominent artists all around South Africa. The group won the Standard Bank Joy Of Jazz Festival #discover competition hosted at The Sandton Convention Centre (2017) sharing stages with international musical giants; her work has led her sharing stages with the likes of Sbongile Khumalo, Vusi Mhlasela, Lady Smith Black Mambazo,Ringo,Caphius Semenya And Letta Mbuli and a whole lot more prominent South African artists around the country, also landing an opportunity to be part of the South African State Theatre Incubator Programme 2018/2019; hosting a music concert as part of A EP Launch called ‘Music Flair – Humble Beginnings’.

She has a immense passion for radio and has worked on stations like Tshwane Fm 93. 6 and Radio PLAY; and has done MC’ing events ; like – 6th Annual International Vavasati Festival Launch At The South African State Thetare and at private events and functions. She is part of The South African State Theatre Youth Choir as the newly appointed Musical Director ;and has Been Feautred In plenty of Professional Productions Like ; Freedom The Musical – Directed By Aubrey Sekhabi , Mother And Child, ‘Isambulo The Musical ; Ingoma An African Journey (World Choir Games) And Diketso, Sol Plaatjie, Mother and Child Directed by Joseph Komani, Imizwilili to name a few.

Rivoningo has done a whole lot of backing vocal gigs for a whole lot of artists like, Duduzile Makhoba, Bonafied BILI, Mandla Ntalks, Thabang Mavunga, Rebecca Malope, Takie Ndou to name a few. Rivoningo has now officially went SOLO and is working on an exciting 5 song EP called VUTOMI ; she’s perfomed on stages like Market at the Sheds, Tshwane MAhofi Festival, The Art in MUSIC to name a few.