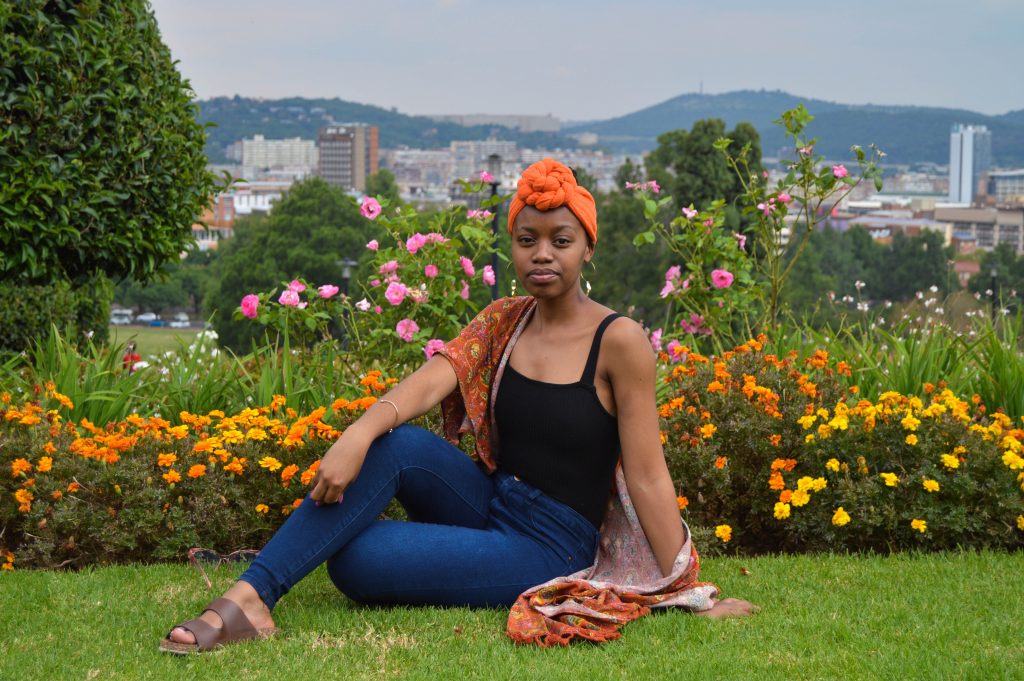 Earlier this year, New Age Artistry embarked on a journey with ubiquity(u.creativespace) to bring you an initiative that sets to uncover South Africa’s emerging talents in the music industry. The annual “Matter – Of Time” initiative consists of two phases with one being a release of the compilation “Matter Mixtape” on the 8th of March. The 2nd phase of the initiative will see all the artists who are part of the compilation Mixtape officially come together to release an album titled “Of Time” set to drop on the 4th of July.

One of the standout creatives featured on this years’ project is Rorisang Sechele who had 3 contributions for the recently released Matter Mixtape. Her well-recieved songs include the opening record “Blue Skies” produced by Ohteeh, an original soulful composition titled “Silence” & an interlude comprised of a mash-up rendition of AKA’s Don’t Forget To Pray and Drake’s Started From The Bottom.

Rorisang is a vocalist and musician who was born and raised in Pretoria. She started singing in the sixth grade when she joined a choir called Jacaranda Children’s Choir which contributed to her musical development. She attended Pro Arte Alphen Park, a High School which laid a foundation for her as she was classically trained.

In 2017, she matriculated and obtained a distinction in Music and was invited to perform at the National School of Arts in Johannesburg for being one of the Top 20 items in Gauteng which was chosen during the final practical Grade 12 music exams. Rorisang is currently studying Jazz and Popular music at the Tshwane University of Technology.

She has participated in the Standard Bank Youth Jazz Festival (2018) and had the privilege of performing alongside Lisette Spinnler, Nthabiseng Motsepe and Zenzi Makeba-Lee. She is a part of a band called TreamDeam that participated in a competition called Battle of The Bands which was hosted by the UJ Arts and Culture festival. Making it as the second runner gave them an opportunity to be the opening act for Spha Mdlalose and Titi Luzipo. She has also had the privilege of being featured on Jazz It Out.